Experior Financial Group is a midsized MGA with 10 employees and 400 advisors, nearly 300 of which place at least five policies per year with the firm. All advisors represent Experior exclusively. However the clientele belongs to them, and they may become the owner of their firm, and even acquire a share of the company. The Guelph-based MGA operates nine offices, including two associated general agents, in Ontario and British Columbia.

To target the underinsured middle-class market, it has signed seven direct distribution contracts with insurance companies, and others with specialized players. Founder and CEO Jamie Prickett helms the business jointly with his spouse, president Lee-Ann Prickett, whom he met in the industry. Prickett incorporated Experior Financial Group in 2014. He has 16 years’ industry experience and his wife 10.

Interviewed by The Insurance and Investment Journal alongside COO Shelden Smollan, Prickett talked about his model, designed with advisors in mind: “Recruiting is one of our strengths. We went to 400 advisors in three and a half years. Our success comes from the culture that we have created. We developed a unique value proposition for advisors, that has attracted many. We’ve acquired two other MGAs so far because they loved the way we have planned for growth in the future.”

Experior Financial Group began with one idea in mind: build the largest team of successful advisors in the country, by providing support and opportunities to become an entrepreneur. “We focus on advisors that want to be successful and create their own business. We teach them and help them become successful through frequent leadership training, often on Webinars.” Advisors work in teams: the newcomer learns from a more experienced colleague.

When advisors achieve a certain milestone, they can open an Experior office and become an executive director, which corresponds to the status of associate general agent (AGA). “You have ownership of your book of business, you can develop ownership of an agency, and we issue shares in the company to our Executive Directors when they open branches,” Prickett says, adding that he knows of no other MGA that goes that far. 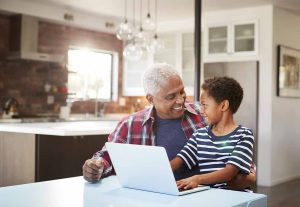 Difference between an Insurance Agent and Broker

How to become an Insurance Broker

Established in 2014, with our Headquarters in Guelph, Ontario with associates throughout Canada and the USA. Our Mission statement is Building Financial Foundations for Families to Empower Them Today and Leave a Legacy for Tomorrow.